Node.js vs. Laravel: Which is the best back-end web framework in 2021? 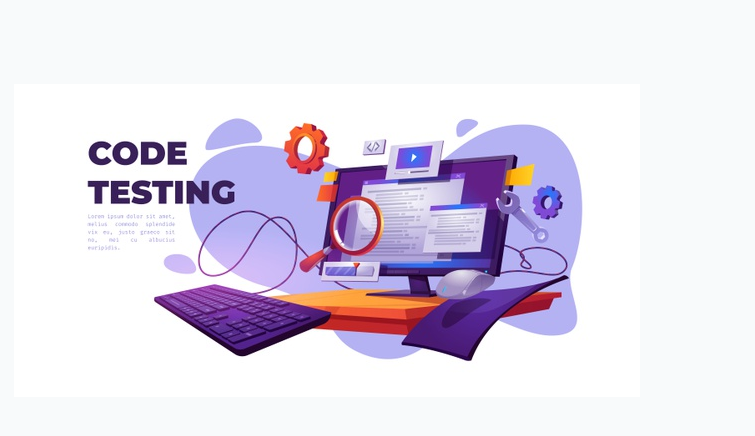 Web Framework is a software structure primarily built to expedite the process of web development.
Simply put, a web structure helps in the creation, development &amp; launching of easy and complex web
apps & websites.
In the last decade, a huge number of back-end frameworks have been introduced in the market, out of
the two most trending and spoken out frameworks among the developer community are Laravel
and NodeJS.
Both frameworks play an essential role in web development. Moreover, the main purpose of all these
frameworks are to create an attractive and user-friendly web application.
Besides, all these web frameworks have won a lot of support from several developer communities
worldwide. Hence, you may be puzzled to choose the desirable framework from Laravel vs Node.js for
your next project?
To fix your problem, here in this blog, we will provide you with an in-depth and honest comparison
between Laravel vs Node.js.:
What is Laravel?
Laravel is an open-source full-stack PHP framework that was recently launched in the market. To work
with Laravel, you should have excellent command over PHP, even the necessary knowledge will do.
Laravel is packed with tons of features; therefore you can build any kind of web application utilizing this.
Whether you are preparing to create a small or a big web application, you can without hesitation resort
to Laravel Web Development Company.
Pros
 It has a built-in blade templating engine which allows you to build easy yet efficient layouts.
 Laravel’s command-line tool is capable of code skeleton, database structure, and migration.
 It operates as per the latest MVC frameworks rather than the traditional architecture, where
developers used to write both HTML &amp; PHP in one file.
 Laravel allows next-level security in terms of code.
 Several small &amp; big companies over the globe prefer to develop their project on Laravel because
of its powerful features.
Cons
 Because it’s lightweight, there is very limited internal support. While this problem can be
resolved with the guidance of third-party tools, it is not proper to carry out creating custom and
huge websites.
 Laravel community assistance is not great when compared with other frameworks.

 Laravel is still in the construction phase and its composer is not good as npm(for Node.js), ruby
gems, and pip(python).
Why Do Developers Prefer Laravel for Their Project?
 Open-Source
 Bigger Community of Developers
 In-depth documentation
 Unit Testing
 Artisan
 Blade Template Engine
 Advanced Security, etc.
What is Node.js?
Node.js is not simply a framework but also a server. In other words, Node.js is an open-source JavaScript
runtime ecosystem that plays an important role in developing cross-platform applications.
Node.js holds event-driven and asynchronous APIs. A broad range of developers considers Node.js for
their project in the first place because it works on a single thread.
Pros
 js runs only on one thread, yet it can serve the demands of various clients.
 It is based on JavaScript and has a deep learning curve.
 Single code runs perfectly on both the client as well as the server-side.
 It has an intense and massive community of developers on driving platforms like GitHub.
 js is a highly adaptable platform with several guidelines &amp; dependencies.
Cons
 Node.js supports asynchronous programming, which various developers consider difficult to
grasp and find hard to operate.
 js doesn’t consist of a strong library due to which developers have to rely on third-party libraries
for accomplishing various tasks.
 It’s hard to work on a relational database.
Why Do Developers Choose Node.js for Their Project?
 Cross-platform development
 Awesome for command-line utilities
 Huge Community of developers
 NPM
 Reusability, etc.

Criterion #1: Framework Base
Laravel: Laravel supports the MVC(Model-view-Controller) pattern and it’s based on PHP. Briefly, it is an
open-source web application framework recommended by a lot of web developers.
The primary objective of this framework is to assist Laravel developers to build web applications real-
quick. Furthermore, they don’t have to look after basic issues like routing, authentication, etc.
Node.js: NodeJS is an open-source framework that operates on Chrome’s V8 JavaScript Engine. It works
according to the event-driven &amp; non-blocking I/O architecture.
The main aim of NodeJS is to empower developers to build web applications most effectively. It is
essentially used for constructing web/app servers and on the Internet of Things.
Criterion #2: Learning Curve
Laravel: Laravel has a very steep learning curve. Still, it comes along with several tools like Laracasts and
comprehensive documentation. By following them perfectly, you will have a good command of the PHP
framework.
NodeJS: If you are well-known for JavaScript, you will not encounter any problems in learning NodeJS.
However, sometimes it’s difficult to code in NodeJS due to its asynchronous programming.
Criterion #3: Scalability and Performance
Laravel: On relating PHP vs. NodeJS, scalability in Laravel becomes complex as soon as you begin
rendering and making several versions of the application. Moreover, its performance is not as stable as
the other NodeJS.
NodeJS: While analyzing the scalability &amp; performance of Node JS vs. Laravel, NodeJs provides high
scalability because of its non-blocking and asynchronous programming features. This accommodates to
manage numerous events at the same time.
Criterion #4: Rapid Development
Laravel: It works on PHP and has profound development speed when connected with the other two
frameworks.
NodeJS: Due to its lightweight server, NodeJS functions properly on the majority of machines.
Furthermore, it manages multiple requests with ease.